When purchasing gifts such as movies, music, or video games, you may be hesitant to gift a physical item, either because the receiver may prefer to download a digital copy or because you are not sure which titles the receiver wants or already owns. Online gift cards from companies such as GiftCardsInfinity can be a perfect solution to this dilemma. These are eight of the best gift cards to consider giving this holiday season. 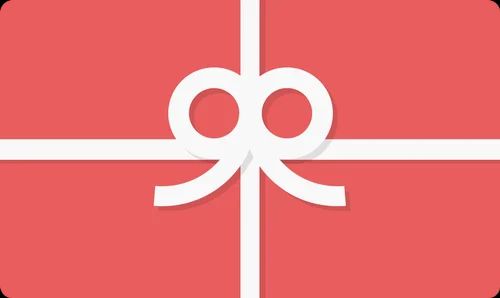 Stranger Things,” and “Ratched.” Netflix gift cards can be used towards the monthly subscription price. Avoid gift card scams by buying from trusted sites, such as GiftCardsInfinity.

Amazon is always a popular gift card choice because Amazon sells so many different types of products. An Amazon gift card can be used for just about anything Amazon sells, including books, movies, furniture, clothing, video games, computers, home decor, and a whole lot more. Additionally, Amazon offers its own streaming service, called Amazon Prime Video, that features popular movies and TV shows, plus Amazon Prime originals, such as “The Marvelous Mrs. Maisel.” Other possibilities include Amazon’s subscription service, Kindle Unlimited, or their audiobook service, Audible. You can pick up an Amazon gift card at GiftCardsInfinity.

Xbox Live is Microsoft’s online service for their Xbox series of consoles. Xbox users can use the service to play and purchase games, movies, TV shows, music, live events, and more. Xbox Live accounts are free, but a subscription option, called Xbox Live Gold, provides players with access to multiplayer gaming, special discounts, free games, and other perks. Users can redeem their Xbox gift card in the Microsoft Store online, on Windows, or on their Xbox console. Xbox Live gift cards are available at GiftCardsInfinity.

A Steam gift card is another great option for gamers. Steam is an online platform for purchasing, playing, and discussing computer games. The Steam store offers 30,000 games to choose from, ranging from huge titles, such as “Cyberpunk 2077” to indie hits, like “Disco Elysium.” While the Steam platform’s focus is on games, they also sell in-game items, virtual reality hardware, soundtracks, and software. If you have a serious gamer on your shopping list, a Steam gift card from GiftCardsInfinity could be just the thing you need.

“World of Warcraft” is one of the most popular massively multiplayer online role-playing games of all time. Originally released in 2004, the game is still going strong with more than 100 million registered accounts. Players are no longer required to purchase a physical copy or digital download of the base game, but the game requires a monthly subscription to play. Additionally, there are occasional expansion packs to buy. Players can purchase exclusive mounts, pets, and other items through the World of Warcraft shop.

Facebook may not seem like an obvious choice for a gift card purchase, but Facebook has become a popular gaming platform for casual gamers. Many of the games Facebook offers are free to play but come with in-game purchases that need to be made to unlock new levels and items. A Facebook gift card from GiftCardsInfinity can be used to make purchases in popular games, such as “Candy Crush Saga,” “Farmville,” “Texas HoldEm Poker,” “Subway Surfers,” and others.

Gift cards provide the flexibility of cash but are more personal and safely sent through the mail. If you don’t have the time to shop, need a stocking stuffer, or just do not know what to buy, a gift card can be the perfect solution.