As a society, we use all these different things daily and rarely (if ever) stop giving any individual item a second thought. There occasionally comes a time when you need to learn more about a given object or service. Today you have the opportunity to learn more about something that most of us use every single day, phones. This article is all about phone systems, the different types, and the differences between them, to be more specific.

First up, consider the different types of business phone systems. There are many kinds of phone systems; there are ones made just for businesses, ones made just for personal use, and ones that can be used. There are three basic business phone systems, The KSU system, the PBX, and VoIP. The first one we are going to talk about is the PBX system. PBX stands for Private Branch Exchange. This type of system uses programmable switching devices, which allow for automatic routing for incoming calls. One of the biggest advantages of this system is the UPS (Uninterruptible Power Supply), which allows for continued use for a limited amount of time after the loss of power in a facility. This fairly automated system is great for businesses with 40 or more employees. There is a modified version of the PBX system called a hosted PBX. The main difference is that the programmable switching devices are controlled by a telephone company rather than within the business itself. 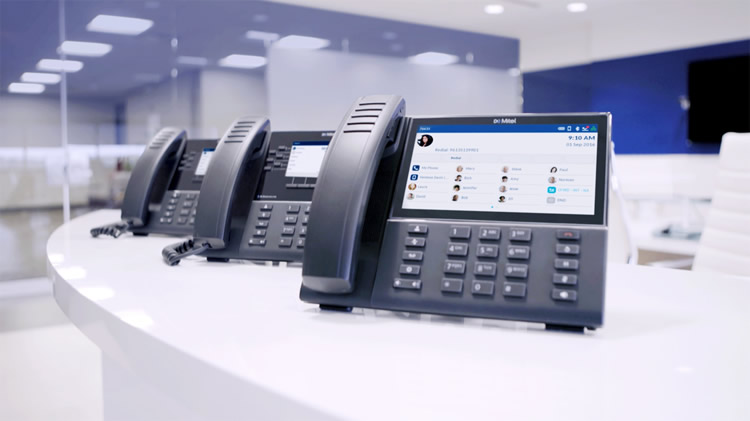 The second business-specific phone system we will talk about is the KSU system. KSU stands for Key System Unit; this system is the most basic. This easy-to-use system is only a good choice for businesses with less than 40 employees. This system lacks the portability and flexibility that other systems have and is the most comparable to a home phone system. There is a variation on this system referred to as KSU-Less. This version has the same capabilities but is more portable and flexible than its counterpart. The KSU system uses a central switching device, while the KSU-Less system does not. The biggest downfall of the KSU-Less system is that the most lines you can hope to have on this system are 10. Because of this, the KSU-Less system is best employed by a tiny business that does not intend to expand exponentially.

The third type of business phone system is the VoIP system. VoIP stands for Voice over Internet Protocol and is by far and wide the most advanced of these three systems. This system can host as many phone lines as a business needs and is incredibly portable and flexible. This is also the cheapest type of system for a business to use. There is no cost for any call made, and because this system works through the internet, a user can make calls to landlines, cell phones, and computer-to-computer calls. There is not a ton of required equipment with this system like others. A user needs an up-to-date computer with a microphone, speakers, and a strong internet connection to get started with a VoIP system. The main downfall of using a VoIP system is that if the power supply or internet connection is severed for any reason, you will lose your ability to use the system.

The next type of system we will discuss is a hosted phone system. A hosted phone service simply means that your service comes from a telephone company instead of a system based within your facility. Many businesses use a hosted system because the provider is responsible for hardware and software updates and all system upgrades. This frees up quite a bit of a business’s budget, which is why it is often the preferred choice of companbig and small businesses. Several of the previously mentioned phone systems have hosted versions. This includes hosted PBX and hosted VoIP systems. For more information on Austin-hosted phone systems, click here.

Cloud phone systems are the next system up for discussion. They are often called Cloud phone systems because the information is passed and gathered through the “Cloud.” A Cloud system is an internet-based phone system and is another term for VoIP systems. Cloud or VoIP phone systems work by transmitting call signals through the internet and, therefore, circumvent phone companies and their fees, which is why calls near or far are always free through one of these phone systems.

Finally, what would an article about phone systems be without mentioning the ever-present mobile phone? A mobile phone (also referred to as a cell phone) can be employed for personal and business purposes. Identifying a mobile phone’s characterization is its ability to move to any location and still function. Cellular phones are not often used for business call centers like all other systems we have discussed, but they are often used for individuals within a given business. This generally includes business owners, CEOs, heads of a department, executives, etc. Regardless of how or where they their usee becoming one of the most prominently used phone services outside call centers.

Here you have a list of all of the most prominent types of phone systems currently available. Most of the methods talked about here are primarily used for call centers. However, many can also be used for other aspects of business and personal use. The KSU-Less system, for example, would be perfect for a small business owner with no more than 2 or 3 employees and those with no additional employees. The KSU-Less and the VoIP systems are recommended for individuals working from home. The list of which method is best in what setting is not definitive and is quite subjective. Hopefully, you now have the information you need to decide which phone system is right.