When a man is ready to marry his girl, he will give her a ring to symbolize his love. However, in ancient times, that ring is nothing but a mark of ownership – which is not so very romantic.

But times have changed. That piece of round metal that once used to tell that a man already owns the woman is now one of the most romantic gifts she’ll ever receive. The modern engagement ring means that the woman has found the man she wants to be forever.

You may be wondering when they started putting a diamond on the ring and why? 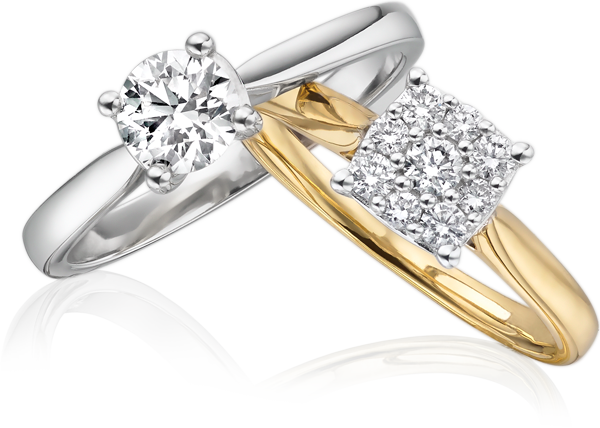 A mark of ownership

Like other traditions, engagement ring offering has been a custom since the time of Ancient Rome. It is said that women wore flint, bone, ivory, iron, and copper as a sign of a business contract or to declare mutual love.

Later on, gold rings were found in Pompeii’s ruins, which proved that the metal was a popular choice during that era. Moreover, Romans used to have two engagement rings – one they wear at home, made of iron, and one they wear in public, made of gold.

In the year 850, giving an engagement ring had an official meaning. Pope Nicholas, I affirmed that a man should provide an engagement ring to a woman whom he wants to marry. Gold was a famous metal for betrothal rings during that time.

In 1477, Archduke Maximilian of Austria proposed to Mary of Burgundy by offering a diamond ring – the first engagement ring with a diamond on it. The ring boasts long and narrow diamonds forming an “M.”

What made the diamond so famous?

Though Archduke was the first to use a diamond ring for his proposal, he could not set the trend. Diamond rings became famous in 1947 when a British diamond mining company, De Beers, advertised them. They made the diamond engagement rings more popular by using Hollywood stars and the slogan “A diamond is forever.”

Before that, the price of diamonds was plunging around the world. The British diamond company hired a New York-based ad agency to promote its product. The agency decided to persuade young men that only diamonds symbolize romance. Moreover, they also convinced the young men that the diamond’s size and quality measure his love and wealth. Hence, young women were convinced that courtship was always concluded in a diamond ring.

Diamond rings and the millennials

In the past few years, the modern brides’ preferences for engagement rings have shifted. Although diamond rings are still top choices, more brides choose rings made from unique materials and colored stones.

This is how an engagement ring became so popular among lovers. Once a sign of ownership has become a sign of love. Though diamond rings are expensive, most people are now opting for fashionable rings made from alternative materials like metals and stones.

How To Clean Up Your Credit

If you’ve made some credit mistakes in your

Factors to consider when hiring a plumber

Mistakes to avoid when hiring a plumber

When to Replace Your Air Conditioner

Important tips to consider when hiring a window replacement contractor