When looking at all of the potential upgrades for your gun, it’s quite tempting to want them all. However, before you pull the trigger, ask yourself, “Do I really need them?” Well, in the case of an extended mag release, the answer is yes. It’s a minor upgrade with a major benefit. It shaves off time on your reloads and helps you become a more proficient shooter altogether. In this article, we will cover everything you need to know about an extended mag release, as well as becoming a faster shooter. 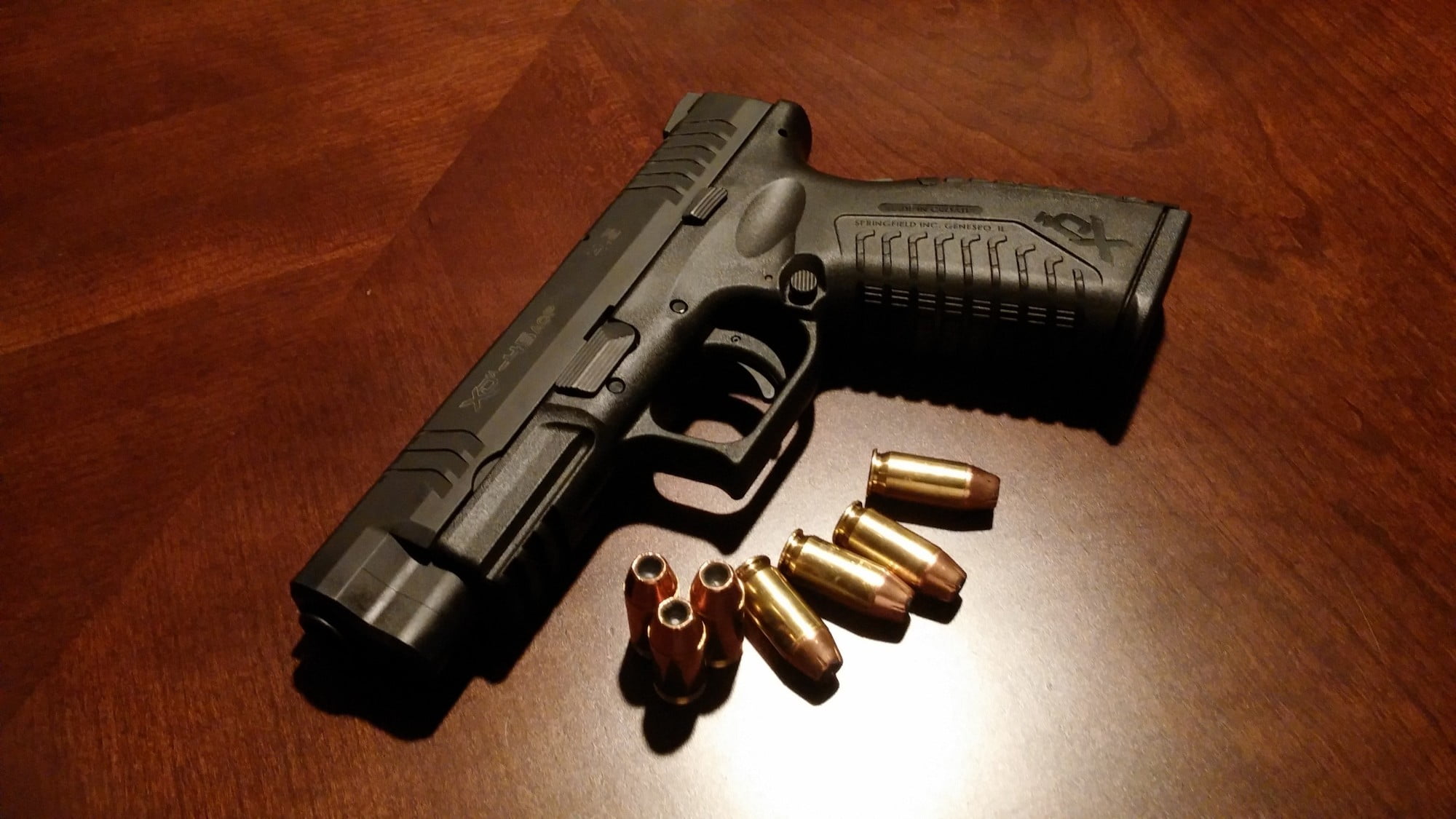 So keep reading to learn more.

What Is A Magazine Release?

The mag release is a paddle lever or button on your weapon that, when depleted, releases the magazine from the weapon itself. In some cases, the magazine does not drop free when the release is depressed (due to weapon design, magazine design, or a combination of both). The magazine might have to be pulled out manually instead. In any case, a typical magazine release can be quite inconvenient; that’s why some people opt-in for an extended-release to help the process become quicker.

The Advantages of Having an Extended Mag Release

So, why should you want an extended mag release? Here are some of the benefits.

Beneficial for Those With Small Hands

An extended mag release provides a greater hold for those who have small hands. As there is more surface area to grab upon, the likelihood of accidentally hitting the release is decreased.

If you regularly skip out on modifications for your gun because of its complexity, the extended mag release does not have this issue. It’s a straightforward and simple upgrade.

A stock mag release is usually made from polymer. Most of the modification releases use more durable parts instead.

The likelihood of you releasing your mag improperly is decreased. No matter where the finger is on the control or how it is pressed, the mag is released.

An extended magazine release often improves the look and kinetic feel of the grip. Not to mention the change in length.

The Disadvantages of an Extended Mag Release

Even though an extended mag release is a great modification, your funds might be better off spent on more important upgrades. For example, you might rather prioritize better scopes or handles.

A great extended mag release should be quite concealable. But it can be difficult to conceal in some cases.

Difficult to Use for Those With Big Hands

An extended mag release is ideal for those who have average or smaller hands. For those with larger hands, it can make the issue worse.

As with all modifications to your gun, especially those affecting the grip, you will have to adjust it to fit your needs.

In any case, the pros most definitely overcome the cons, but you should still consider them before making any purchases to get the best possible upgrade for your money.

Consider This When Buying an Extended Mag Release

Now that you have a general idea of what a magazine release is and why you might want one to have one, we can look at what you need to consider when buying one.

Length of the Release

Since not all of the mag releases are made the same, it has to be a concern. Especially for those who concealed carry. A really long extended mag release will make this difficult, whereas a moderately sized release should not cause this issue.

Width of the Release

An extended mag release is not just longer but quite wider. It’s great for those who need a larger release button, but can it make it inconvenient for those with large hands.

The regular mag releases are often made with a polymer. Even though it’s not a bad material, it’s not the best. Extended mag releases use different materials that are more durable.

An extended mag release can improve the grip by the merits of its use. However, if the release has a bad grip, it will counteract any of the benefits that it can bring.

Finally, you don’t want to buy a flimsy extended magazine release that is longer, wider, or made from better material but does not have the ability to release the mags reliably.

How to Install Your Extended Mag Release

You can begin by ensuring that your firearm is not loaded and that the chamber is empty. Then remove the stock magazine release using a dowel or punch to press below the receiver lower part. Turn the mag catch counter-clockwise, which should unscrew from the mag release. Install the mag catch into the fitting on the receiver’s left and place the spring into the threaded portion over by the right side. Screw the new button/release on the threaded portion of the mag catch. Perform 2 rotations with the holes facing away from the receiver. Use a dowel or punch to press the release below the receiver’s lowest surface. Turn the mag catch clockwise until the threaded portion is a single turn past, and flush with the release head. Now place the new mag release on the button to fits inside the recessed pocket. Install it with screws and align it parallel to the trigger guard; do this before tightening screws. And that’s that. Of course, the process will differ by firearm, type of release lever, so on and so forth. But this is a general outline. Check out this great extended mag release by Odin Works.

Other Ways to Make Your Shooting Faster

As mentioned earlier, a proper extended mag release that is befitting of your firearm and suits your needs will, in fact, make your shooting faster and more efficient. However, that is not the only way to do that. Here are some other things to consider that will make your shooting better.

In a trigger group, one part of the machine interacts with another, which interacts with another, which interacts with another. The firing mechanism is cocked, either by a pre-cock of the striker or hammer or by the merit of the long trigger pull in a double-action firearm. If it’s a cocked hammer or striker, either is held under the tension of the spring. If it’s a double-action gun, the tension is created by the sear, trigger, and hammer spring as the trigger is pulled towards the rear. The sear holds the firing pin or hammer in place. From this, the trigger on its own is a lever, and what it does is interact with another lever, the sear, which releases the striker or hammer. Once the striker or hammer is tripped, interaction is made with primer, and the round is fired. When this happens, the sear disconnects from the hammer and the trigger. When the pistol is recocked, by slide or by the next trigger pull, the sear re-engages with the firing pin or hammer mechanism. As well, the trigger moves back to the resting position. During return strokes, the trigger interacts with the sear while it interacts with the firing pin or hammer. The trigger reset is when the trigger and sear are re-engaged, and the pistol is capable of firing again. The reset is measured in the distance that the trigger travels. The more audible, tactile, and shorter your reset, the better. As you will perceive when the gun is ready to fire, which makes your shooting intuitive and much faster.

When it comes to reloading techniques, there is a myriad of different ones. Your job is to determine which is best for what application. And regardless of the technique, practice is critical to learn them and how they can be applied. The best way to practice is via dry fire, working the reloads over and over. Once the action feels natural, you can start practicing with your eyes closed. You need to acquire the capacity for manipulating the weapon without needing to see it. Then practice from different positions, upside down, kneeling, prone, on the back. Also, learning how to reload using one hand is very important. So keep that in mind.

Cleaning your magazines will ensure that they release each time properly. Inspect the body for cracks and dents. Dents along the body will impede the function of your bullets. If you find a crack or dent, throw it out or reserve it for plinking. Check the feed lips to make sure they have not malfunctioned either. A bent feed lip is a common cause of firearm issues. Check them periodically as they can get bent quite easily. Check the base pads, especially around the cutout or slot. Check for breaks, chips, frayed plastic. The follower’s legs are there to stabilize the mag body, so they must be in good condition. Check the mag release cutouts for damage, as it may snag the follower when it passes up and down. Inspect your springs. It’s best to switch these out at least once a year, as they can wear out quite fast, especially if you’re loading and unloading your shots often.

Your Firearm, Your Rules

Now that you know why an extended mag release is important, you are well on your way to investing in one and reap the benefits. As long as you make sure to use it and implement other speedy shooting techniques, you will become a more proficient specialist altogether. If you’re interested in similar articles, please check out the rest of the categorical filters at the top of the webpage.

Explaining your love for a sport is difficult.