The lighting industry is undergoing a major technological overhaul and LED lights are leading the race. LED lights have proved their worth and their utilisation in almost all spaces – public and personal, demonstrates their acceptance. There are several diverse types of LED lights available in the market today, including spotlights, recessed lights, pendant lights, landscape lights, and cleanroom luminaires. However, how are these lights different? They all have a specific use-case and are employed in areas where they make maximum impact. 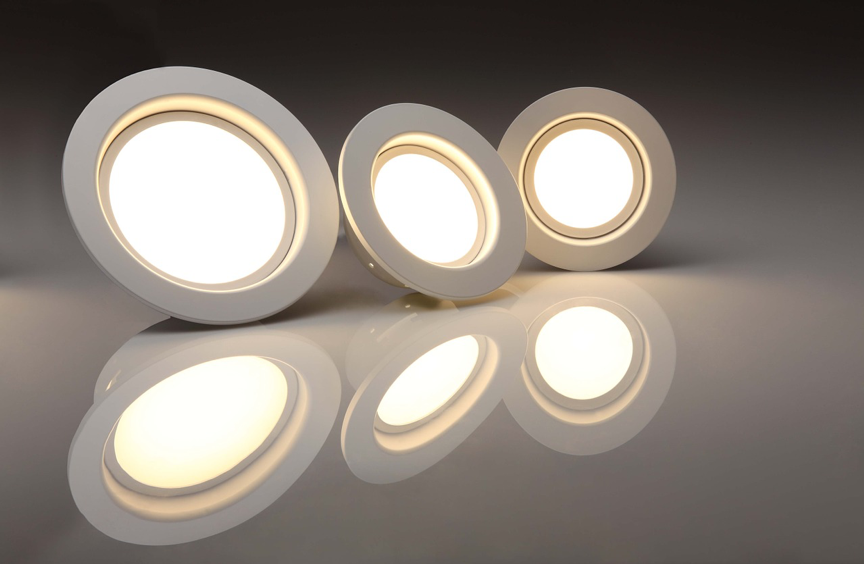 Recessed lights are light fixtures that are installed into a hollow opening inside a ceiling. These fixtures have bulb, trim or lens exposed. Recessed lights are designed in three parts: the housing, bulb, and trim. With little or no profile, recessed lighting accentuates the room they are put in and are applicable for both residential and commercial use. VERGE LED by Wipro Lighting is one such recessed LED luminaire that is low profile, aesthetically pleasing and a winner of Red Dot Award for product design of the year.

Where are Recessed Lights employed?

Pendant lights or hanging lights is a light fixture that hangs from a ceiling suspended by a cord, metal rod or a chain. Using pendant light fixtures is a contemporary way of achieving a modern and stylish look indoors. It is essential to set pendant lights accurately for uniform light distribution.

Where to Use Pendant Lights?

LED Downlights are light fixtures that are installed into a hollow space in the ceiling, just like recessed lights. However, they emit light in a downward direction with a narrow and accurate beam. They are versatile and are used to fulfil lighting roles such as accent lighting, task lighting and general lighting.

Where to Use Downlights?

High-Bay and Mid-Bay luminaries are industrial grade lighting fixtures that are designed for large areas with tall ceilings. They can be employed in a number of areas. These light fixtures, when installed with LEDs, prove to be highly beneficial. Since they provide adequate illumination; it improves productivity and heightens the mood of the workers.

Where to Use High-Bay and Mid-Bay Luminaires?

Cleanroom LED Luminaires are high-efficiency LEDs that are employed in areas like hospitals, laboratories, and sterile environment. Cleanroom LED lights are a type of recessed lights, but they have high standards for dust and waterproofing which are major requirements in such facilities.

Where to Use Cleanroom LED Luminaires?

Street lights when powered with LED lights are one of the best ways to illuminate highways, streets, and public spaces. Due to the highly efficient nature of LEDs, these lights when employed in streets prove to be quite cost-effective and provide superior illumination.

Where to use LED Street Lights?

Floodlights are lights that literally flood an area where they are employed. Flood Lights that use LEDs provide a wide beam of light which is consistent and have a high lumen output.

Where to Use LED Flood Lights?

Since a decade, LEDs have taken the lighting industry with a stride. Today, there is a vast range of LED lights available in the market like the ones mentioned above. Using LED lights is highly recommended because, in addition to being highly energy-efficient, they are also eco-friendly which paves the way for a cleaner and greener planet.