While it may be known for its blazing heat, dangerous wildlife, and crowds of tourists, none of those factors seem to be deterring the thousands of people who move to Florida every year. In fact, the state is the fifth fastest-growing in the nation. A few years ago, it surpassed New York to become the 3rd largest United States population. So what draws people in and convinces them to overlook the state’s sometimes negative reputation? 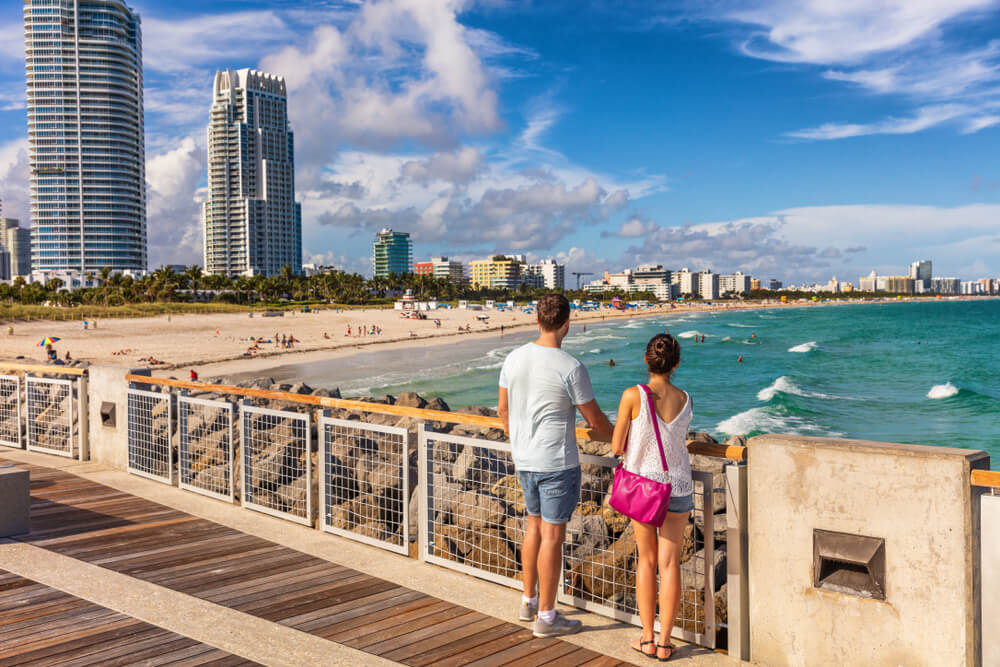 Article Summary show
1. It’s an Outdoor Enthusiast’s Paradise
2. It Offers Cities and Towns of Every Size
3. No State Income Tax
4. It’s a Cultural Melting Pot
Protecting Your Personal Information During a Move
Making a move to the Sunshine State

One of the biggest reasons people move to Florida is for its beautiful beaches. From the Florida Keys’ turquoise waters to seashell-laden coastlines and everything in between, they are some of the best in the country–some would say the world. But beaches are far from the only outdoor attraction the state has to offer. You’ll also find hidden springs and underwater caves, Everglades National Park, and countless state parks offering hiking, camping, and bird-watching.

2. It Offers Cities and Towns of Every Size

When most people think of Florida, a few cities in particular often come to mind. For most, those cities are either Orlando or Miami, the former with its world-renowned tourist attractions and the latter with its infamous cultural scene. But while these vibrant destinations offer plenty to see and do for both tourists and locals, few people realize that neither is actually the largest in the state. Instead, Jacksonville holds that title. And big cities are far from the only option for those looking to relocate to Florida. From inland suburbs and mid-sized cities to smaller beach communities, the state offers a wide range of options to suit every individual’s wants and needs.

People don’t just move to Florida for the atmosphere; many are also looking for a lower tax rate. There’s no state income tax here, and sales and property taxes are also meager compared to other states. This makes it an ideal choice for those looking to keep more money in their pockets each tax season.

Miami may be known for its colorful culture, but few people realize that much of the state share that trait. Florida is an international hub, attracting migrants from across the U.S. and immigrants from around the world. Throughout the state, you’ll find international cuisine, cultural festivals and celebrations, and plenty of museums and performances about the many different people who have made their home here.

Protecting Your Personal Information During a Move

Whether you choose to move to sunny Florida or somewhere with a milder climate, it’s always important to practice a few safety tips to ensure that you aren’t leaving vulnerable personal information behind for the next homeowner or tenant to find. Forward all mail, especially credit card statements and other materials that may contain personal information like your Social Security number, email address, or account numbers. It’s also important to make sure that you aren’t abandoning digital accounts during your move. For instance, online accounts with your local energy supplier or regional bank should be closed if you no longer need them. Leaving them open when you won’t actively monitor them makes it easy for digital thieves to steal your information without you even realizing it, so protect yourself further by investing in an identity theft protection plan. Even with these precautions, your personal information could end up on the dark web. With identity theft protection in place, your personal information will be monitored so that any misuse or theft can be spotted and remedied immediately.

Making a move to the Sunshine State

There’s more to Florida than gators and sunny days. Whether you’re looking for a place that lets you stay active outdoors year-round, want a lower tax rate, or are dreaming of living in a culturally vibrant area, the state has plenty to offer. No matter where you choose to move through, don’t forget to think about your digital safety and keep those tips in mind!