September 24, 2022
Trending updates
Home
Life
This Is What The Richest Individuals in the World Do

As we prepare to enter a new decade in the New Millennium, the number of billionaires is increasing worldwide. This is despite a general trend of economic decline among the global middle class. Wealthy individuals and powerful families have existed since before sovereign currencies were established. Still, general accounting principles and financial reporting make it easier for us to identify who these people are and how they amassed their riches. For various reasons, the wealthy and financially powerful become celebrities before our eyes, and our interest in their lives often transcends how much money they control. We are curious about how they live and what they do. The financial information we can access through news media reports and regulatory filings is not enough; we like to learn more about the rich’s lifestyles, even if they are not necessarily famous. 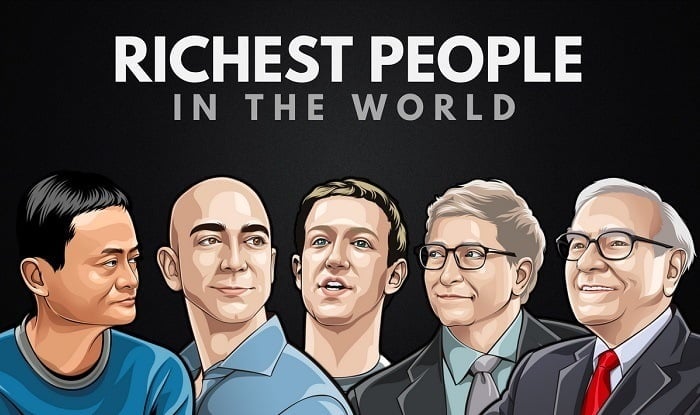 There is no question that wealthy individuals do things a bit differently from most of us; after all, we live in a world defined by socioeconomic conditions, but this is also a matter of perception. Like we can find working-class people whose lives are exciting, we can certainly find rich people whose lives are worth learning about. The following individuals are certainly rich in their financial net worth, but their lives are also rich in what they do; some are in the public eye, while others prefer to discreetly fly under the radar.

The heiress of the L’Oreal fortune is an active member of the corporate board, a post that demands a lot of her attention, but Madame Bettencourt also has academic inclinations; she has written scholarly books on topics dealing with biblical research as well as on the ecumenical relations between Christian and Jewish communities. For the most part, Bettencourt eschews the jet-setting and high society lifestyle that her parents favored. As can be expected from a L’Oreal board member, Bettencourt is a stylish woman, but not overly so, and she doesn’t book first-class seats when she flies. Regarding philanthropy, Bettencourt has recently funded research focused on improving children’s treatment on the autism spectrum.

A few sheiks who rule the United Arab Emirates have achieved celebrity status in recent decades. This is part of their plans to elevate the global standing of this affluent and progressive Arab nation. Sheikh Saud bin Saqr al Qasimi of Ras Al Khaimah is a sovereign leader whose incredibly effective management of his emirate’s economic development has made him a celebrity in global financial circles. The net worth of Sheikh Saud bin Saqr al Qasimi is a matter of great speculation; he is very likely a billionaire, but this is not as relevant as how much Ras Al Khaimah has grown under his rule. Unlike the rest of the UAE, Ras Al Khaimah does not enjoy oil riches; nonetheless, this is an emirate where research and development thrive along with education, tourism, and quality of life. Aside from serving as a political leader, Sheikh Saud bin Saqr is an adept investment manager; in the late 1980s, he had to finance major projects through sovereign debt obligations, but a large portion of that debt has been repaid, and now Ras Al Khaimah enjoys one of the most favorable credit ratings in the world.

The widow of Steve Jobs, co-founder of technology giant Apple, received about $20 billion from the trust established by her late husband. Powell Jobs earned her MBA from Stanford University; she was a graduate student when she met Steve Jobs. In just a few years, she has managed to increase her net worth to about $22 billion, proving her business acumen. Her background in strategic fixed-income investing, which she handled at Goldman Sachs, allows her to detect good business opportunities; to this effect, she has increased her financial stake in the Walt Disney Company, and she has also acquired a significant position in the parent company of the Washington Wizards of the National Basketball Association. Previously, Powell Jobs managed an organic foods distribution firm, but one of her most recent endeavors involved investing in news media companies such as The Atlantic.

By popular consensus and acclaim, Michael Jordan is the greatest professional basketball player. He is also one of the wealthiest former athletes still active in the business world. Since retiring from the NBA, Jordan has increased his ownership of the Charlotte Hornets to more than 80 percent. He has also acquired a significant stake in Major League Baseball’s Miami Marlins. The Air Jordan line of basketball shoes continues to generate millions of dollars each year, not just for Jordan but also for Nike. Car dealerships and restaurants round off Jordan’s list of business interests. However, he still finds time to dedicate himself to playing basketball, golf, and baseball casually. Wealth management analysts believe that Jordan will soon enter a major philanthropy phase; for the time being, he is very active in the charitable field at the community and national levels, particularly in making donations and appearances at special events.

What can we learn from the financially powerful individuals listed herein? Notice how their wealth gives them plenty of freedom to diversify their business interests. Within our own lives, we should try to avoid putting all our eggs in the same basket. We may not have the same financial freedom as wealthy people, but we can always emulate their lifestyles proportionally. Even if we don’t make millions, we can make hundreds or even thousands if we diligently work towards achieving reasonable objectives. We may not always become rich, but our lives will be richer from our efforts.