Explaining your love for a sport is difficult. Trying to develop all the reasons why any sport should stand out over another is a complicated process. Love for any sport depends on family, location, participation, and a host of other factors. One sport, though, seems to stand out for its broad appeal. Baseball attracts the attention of Americans like no other sport. What are five reasons this sport is conspicuous? 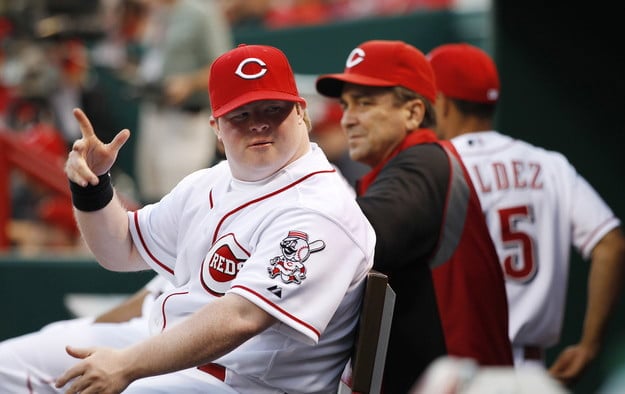 In our other major sports, physical proportion matters, even hockey is becoming a game of physical size. Unless you are a freak of nature, the average six-footer won’t get a look at basketball. Seven-foot, towering mountains of men are becoming standard in the pros, with the average height being six foot seven. In football, linemen are getting near 300 pounds, and the rest of the team doesn’t get much more average looking.

All the impossibility of the physical, genetic lottery is somehow looked over in baseball. In baseball, you see average looking guys playing a game you play in your backyard. There is reasonableness to the look and physicality of a baseball player applies to the average kid. Not that there isn’t a magical physical quality to being a ballplayer. They just look sort of, well, regular, and that gives all of us hope.

Baseball is well-represented by many nationalities and skin colors, unlike some sports that seem to have predominantly one participant color. Baseball includes participants from around the world from little league on. Players have come into the league from Japan and most of the Islands in the Caribbean.

Baseball is a game of figures, runs, hits, errors, percentages, averages, perfection, and failure. The true fans of athletics can appreciate the power and timing it takes to hit a 95 mile an hour target with a bat so hard that it travels over a wall 400+ feet away. Here is the beauty of baseball. Numbers lovers appreciate it too! Tracking averages and histories over the course of the sport’s history are one of their happy pastimes of this great sport.

Arguing over the greatest of all time has to go into the details and numbers from the past. Perfection is not an argument; it is a fact. The pitcher is perfect or not, the batter’s average is not perfect; in fact, most don’t hit 3 out of 10 times at-bat. Also, mistakes matter and are kept track of; errors are counted and held against the player for their career.

The pace and revolving cast of characters create incredible drama. Any set of at-bats can shift the result of the game from losing to winning. The game goes to the end because, with no clock in control of play, if things start to go bad for a pitcher, things keep going bad until they replace him, and sometimes that doesn’t fix things. Many super fans have had to resort to heavy drinking as their sure thing melted away on slumping pitching. Best three out of four isn’t just the baseball territory, but there is something about how the seven games go that is just better.

Whenever you need something in life, it is